What is the Abdominal Release? 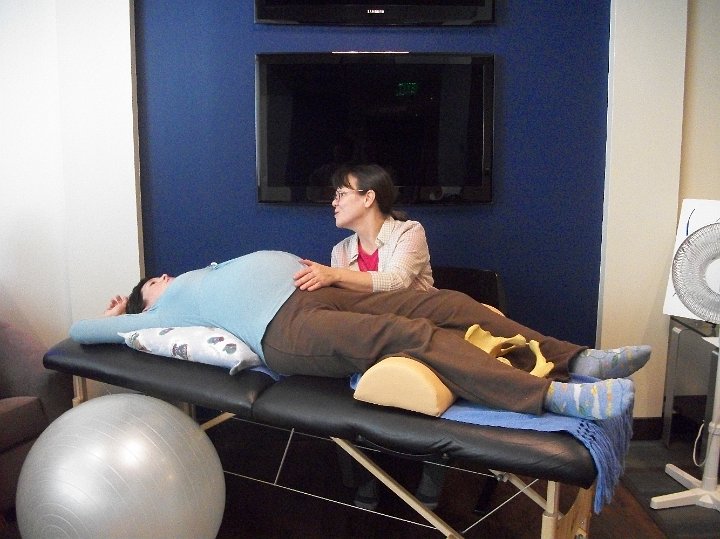 The release is a subtle physical technique using the lightest pressure possible. The upper hand does not rest on the abdomen, as that would be too much pressure for the fascial response we want.

Some people say it is “energy” work. Though all matter is energy, I disagree with calling it this because the light pressure is a type of compression. We need the light touch for the fascia to respond. If we press, we’ll be going to the level of the muscles and the fascia will be “pinned” down by the force of even moderate pressure (like the pressure of a hug, for instance).

How to do the Abdominal Release

The movement may feel like flutters or waves. A fluid motion might be noticed, like tapping or little pops. The woman can usually feel them, too. They are light enough to be missed unless the helper is quiet in their perceptions.

Continue to do the abdominal release until the motions stop.

Learn more about how to do a diaphragmatic release from an article in Midwifery Today. 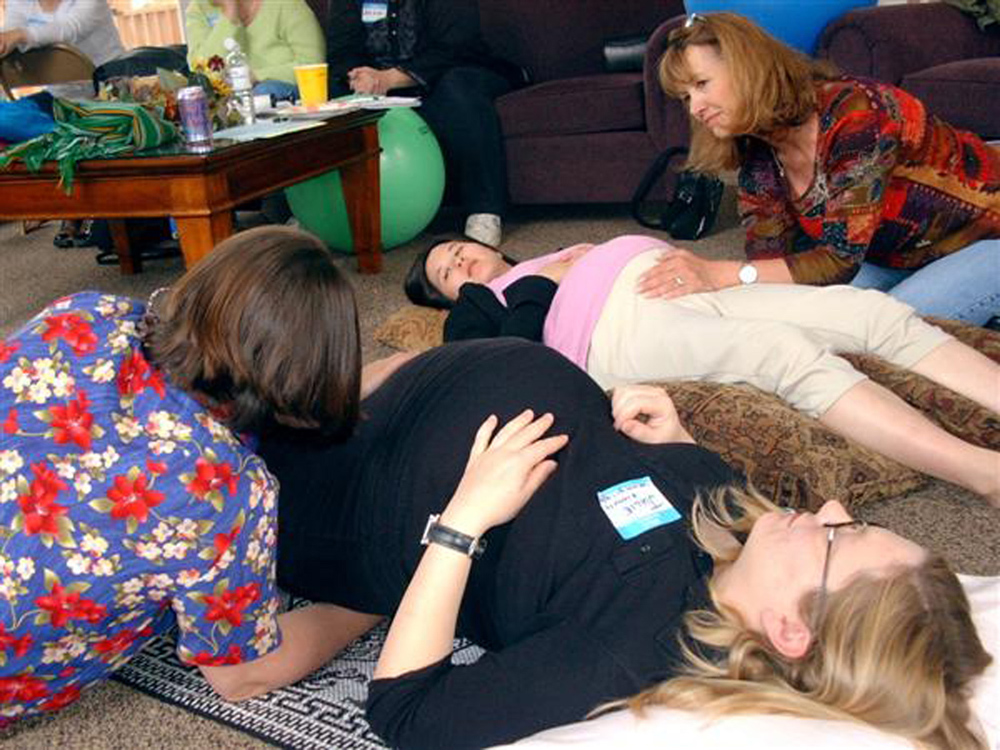 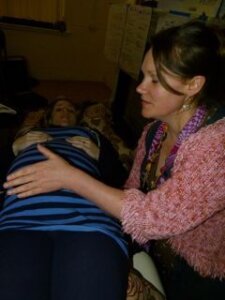 Here, midwife Shawn Walker does an abdominal release with our Spinning Babies® volunteer in Norwich, England.

You can perform an abdominal release any time. It can be done weekly, once only, in pregnancy, and/or in early labor. It often takes only 10-30 minutes, depending on the individual.

I suggest it whenever there is a fetal malposition, heartburn that repeats, or the pregnant woman feels uncomfortable or in pain when the baby kicks. Some midwives have even used this technique regularly in pregnancy for easing childbirth.

What if it doesn’t work?

Practice holding a balloon between your palms so lightly that if you held it with any less pressure it would fall towards the floor. That’s the amount of lightness I’m talking about when using this technique. A light touch is still a touch!

You can learn to do this technique with another trusted person, but you may prefer to find a professional who does this type of fascial wor for a greater chance of success.. 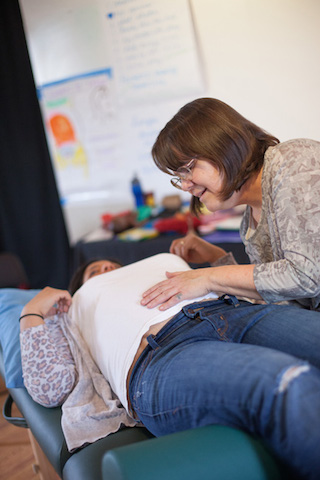 Are there any good alternatives?

When a woman can’t lay on her back, she can stand and use the Standing Sacral Release instead.