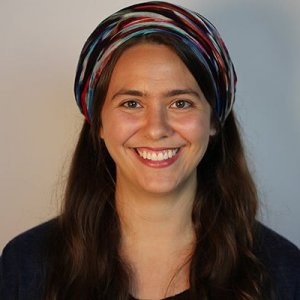 Rachel Shapiro is a Certified Nurse Midwife in a large hospital. She is also a Certified Professional Midwife with out-of-hospital-birth (OOHB) experience in freestanding birthing centers and homebirth.  Rachel supports women and their partners and families in navigating the childbearing year with support, love, and informed care.

Before becoming a midwife, Rachel was a massage therapist and reflexologist, as well as a prenatal and postpartum yoga teacher. Since starting midwifery school in 2010 it has been her goal and passion to open a midwifery school herself. Her dream is to have an on-site birth center and homebirth practice for some students to apprentice in, a goal that continues to guide her.
Rachel trained in Maine for her CPM, and in Jerusalem for her RN, and CNM, worked in Minnesota and currently lives in Jerusalem, Israel on the edge of the Jerusalem Forest with her husband and two children.
Rachel is an Aware Practitioner Trainer for our Aware Practitioner Workshop.

Rachel was first was exposed to Spinning Babies®️ in midwifery school, while watching the Resolving Shoulder Dystocia video in her Labor & Birth Complications class. When she became a midwife, she began attending many births with Shoulder Dystocias, and a midwife colleague of hers told her that in her 30 years of practice, she had never seen so many dystocias. One day she chatted with Gail Tully about this, and they connected over how dystocias seemed to find them. Gail shared a story about a particularly difficult case, and a few days after that, the same thing happened to her. Rachel called Gail to tell her how her story helped her understand what she was feeling and how to navigate the situation. After that, Rachel and Gail began to discuss the option of starting a research study together on the effectiveness of Belly Mapping with 3 phases: belly mapping, MW palpation, and Doctor guided Ultrasound. Gail met with Rachel a few times and they discussed Daily Essentials. They worked together for several months on the phone, trying out positions on their own bodies and developing an outline, laying down the foundation for what Daily Essentials eventually became. They also made a Kickstarter together for Spinning Babies®️. Shortly after, Rachel immigrated to Israel and lost touch with Gail. Luckily, in 2015, Gail traveled to Israel and they got to spend time together again, and by circumstance, she ended up assisting her in her workshops. They also traveled together, and during that time had some conversations about the QRG. From here, Gail and Rachel maintained contact and Rachel began to work with her helping edit materials, and develop some educational aspects of Spinning Babies®️. In 2016 at a Minnesota confluence, she became an Approved Trainer and has loved every minute of working with the amazing Spinning Babies®️ team. She feels “truly blessed to learn from such fantastic people with such varied skills and such dedicated hearts on this road toward better birth on Earth.” 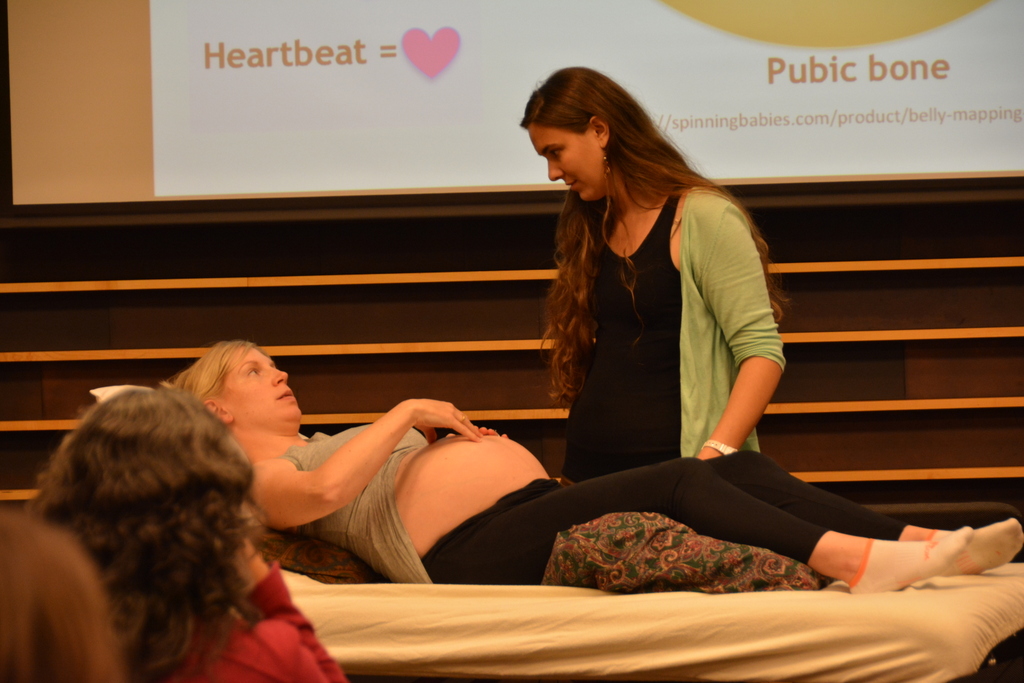